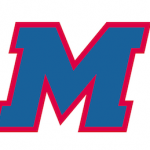 The Mid State Conference Wrestling tournament will begin at 11:00 am on Saturday, January 14 instead of 9:00 am due to potential weather issues.  The tournament will take place at Franklin Community HS.

The Martinsville Artesian wrestlers won the Bo Henry Tournament this past Saturday for the first time in recent history. The Artesians wrestled very well on saturday in the eight team tournament.  Teams like Castle, Bloomington North, Princeton, Jasper, Terre Haute North, Bedford North Lawerence, and Owen Valley were present this weekend.  The team competition was

The Martinsville Artesians beat their county rival the Monrovia Bulldogs last night 35-30 in the most exciting dual meet of the season so far.  The Bulldogs came into the competition ranked #9 in the 1A polls. Monrovia had won the last two meetings between the teams, however, the Artesian wrestlers put an end to their

The Martinsville Artesians downed the Olympians of Columbus East 49-24 on Wednesday night at home. The Olympians did not wrestle their entire varsity line-up Wednesday due to the IHSWCA Team State Competition coming up this week, but they still had a very strong team.  The Artesians wrestled very well against them.  Keaten Fisher made his

In the last three years the Martinsville wrestling team has purchased new Adidas singlets, new Under Armour Uniforms, and most recently a new wrestling room.  The new room is the best of the three if you were to ask any wrestler past or current.  The old wrestling room lacked the proper space, but now it

The Artesian wrestlers have had a slow start to their season, but are growing with every competition.  The Artesians currently have two wrestlers ranked in the top 10 of their weight classes, Clayton Scroggs #3 at 220 and Ethan Runyan #9 at 170.  Expect big things out of them this year. Currently between them they

No Events This Week

Events are added by athletic staff.
View All Events